How to automatically publish your game to itch.io

itchio deployment travisci gamedev
This tutorial explains how you can very easily deploy your game to itch.io

why should I even upload my games automatically?

This is a good question. Simple answer is, that during a gamejam you can fully concentrate on building your game. Especially, when the deadline is coming closer, you simply have to commit and push your changes, in order to trigger an automatic deployment of your game to itch.io:

This tutorial shows you how to do that!

For this tutorial, we use the following technologies:

If not already done, create a Github repository to host our source code: 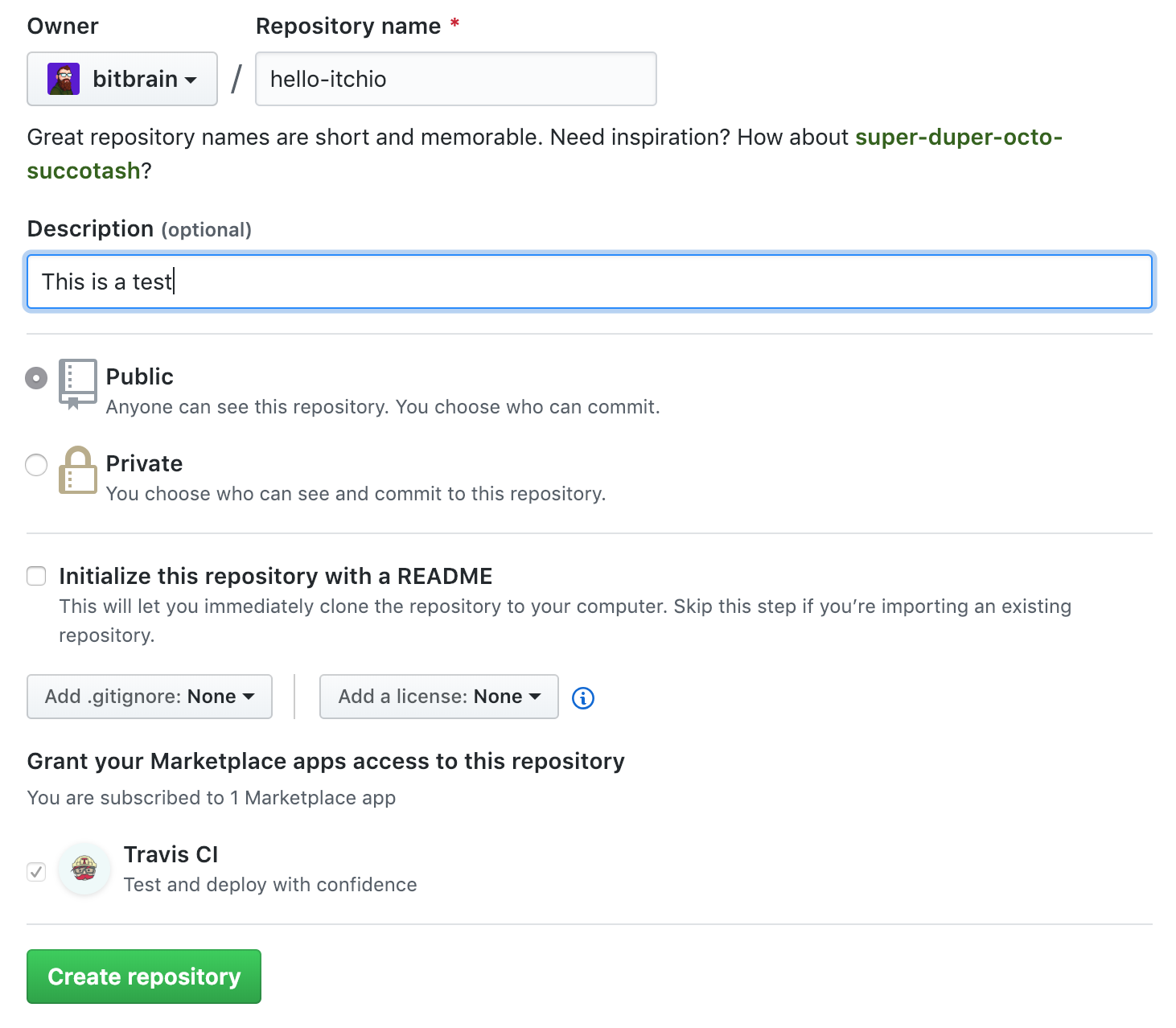 Before we can start uploading our first game, we need to create an itch.io game project: 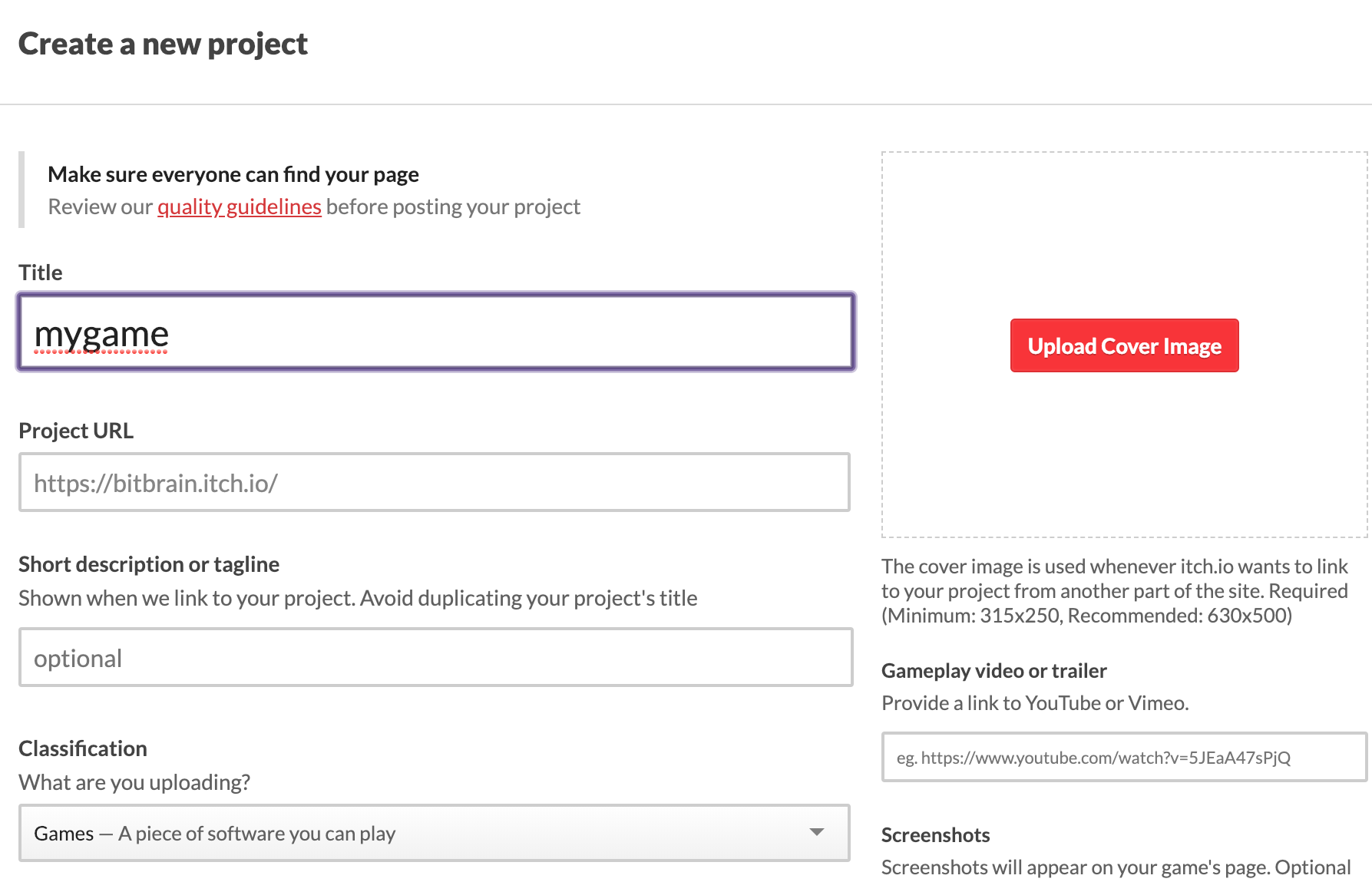 After your project is created, head over to your account settings to generate a new API key. This key is required so other services such as TravisCI are able to communicate with itch.io. 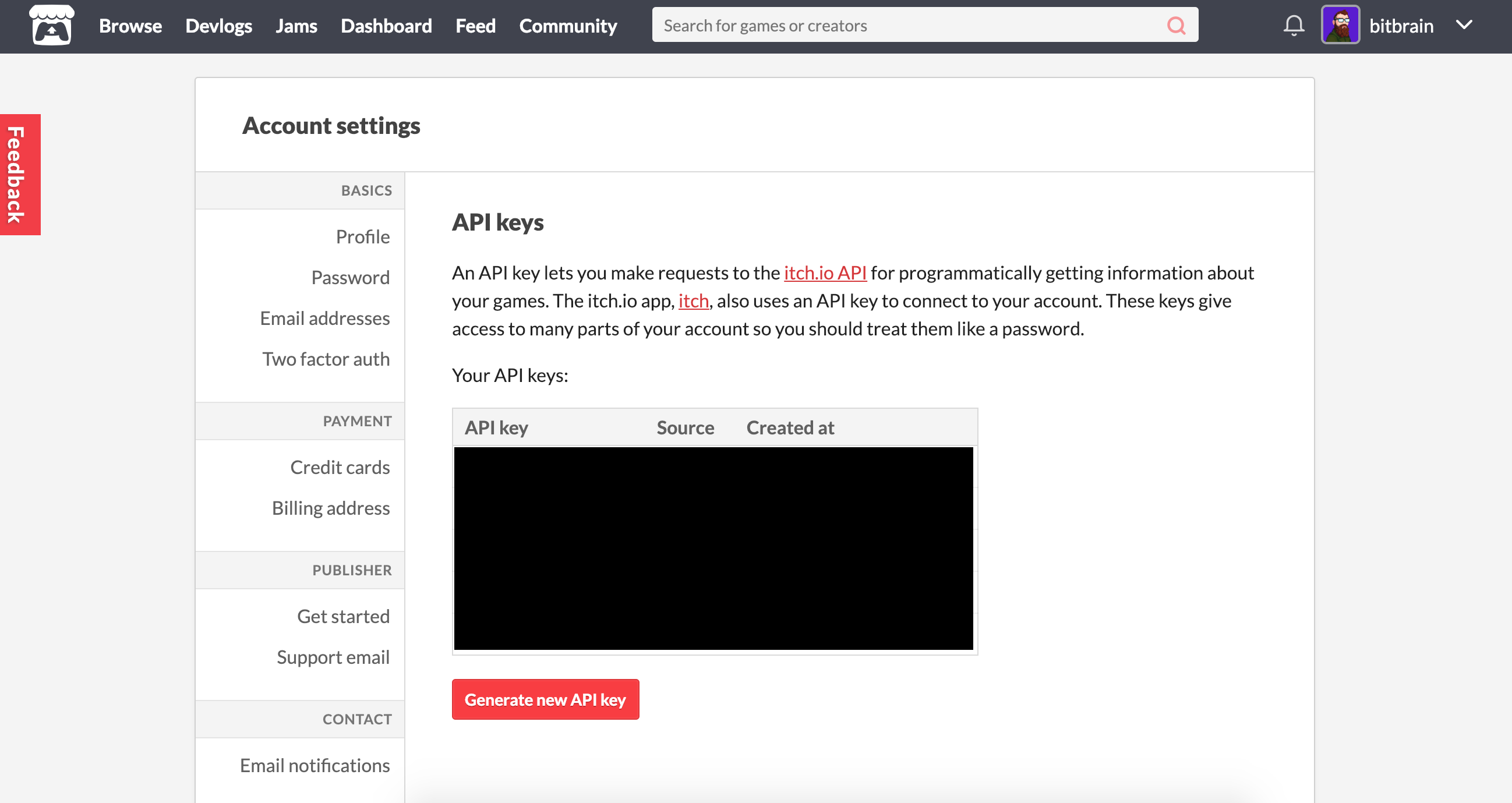 Once the repository exists and itch.io is prepared, we need to prepare TravisCI. This consists of the following steps:

This script will take your artifacts and push it to itch.io. Create a new file, called deploy.sh:

This script first checks, if the environment variable BUTLER_API_KEY is defined. This variable can be setup within Travis and is required for itch.io to authenticate your game upload. Afterwards we define a bunch of helper functions. Then we download the latest version of butler and upload the game with it. Please ensure to configure the correct project.

Feel free to create a different .yml for Java, C++ or even Android! Read more about that in the official docs.

Now we have to configure our TravisCI project. Head over to https://travis-ci.org, authenticate with your Github account and you should be able to import your Github project from there. Once imported, head over to the settings to configure environment variables: 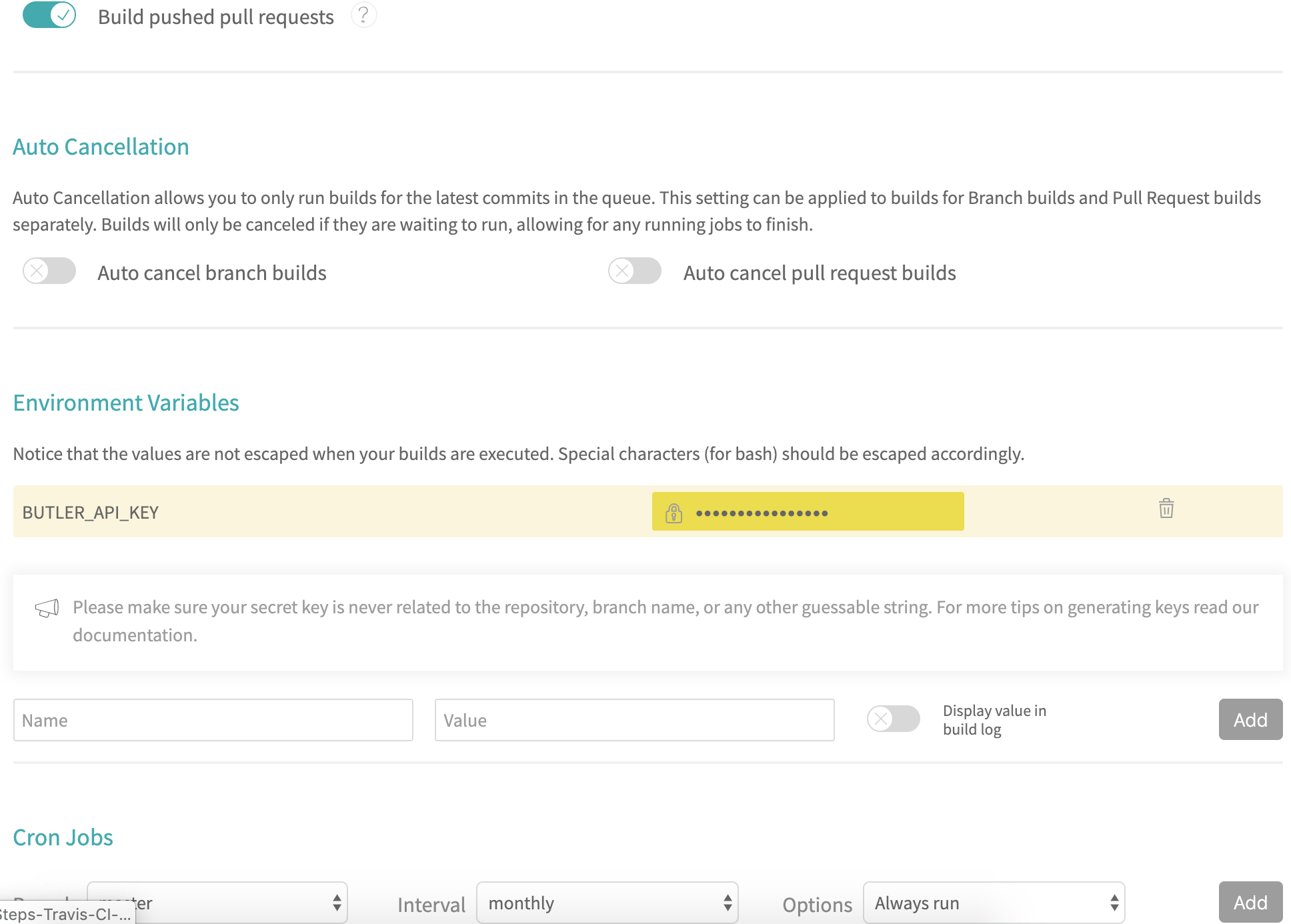 Congratulations! You successfully set up the pipeline. Let’s run the build to see how your game automatically publishes:

Your latest game version is now available on itch.io: