bitbrain_
Miguel is a software engineer and indie game developer currently based in the UK.
He occasionally blogs about software design, continuous integration and game development with Godot Engine.

This Jekyll-based blog has been built with a custom theme created called jekyll-dash. Initially, I built this theme just to share it with others, however, more and more people started using it over the past few months.

In this article I want to highlight some of the challenges I faced trying to maintain this theme for a lot of people and the workflow I introduced that helped me to overcome these challenges.

When I first started this theme I found it quite annoying that I constantly had to manually update my Jekyll files such as layouts, Sass and pages to apply a change to my blog. Especially, when trying to keep the theme in its own dedicated repository this can become a demanding chore.

The solution to this was to bundle my theme as a so called Ruby gem and then use that gem within the _config.yml of Jekyll:

Jekyll will automatically apply the theme if it is specified as a gem within Gemfile:

Whenever I push a new version of the gem to the public rubygems repository, rebuilding my site would use the new changes and automatically include them - neat!

Unfortunately, I quickly had to realise that a lot of people were unable to use my theme natively within Github pages. Github are actually the creators behind Jekyll and when you create a repository containing Jekyll files, it will automatically build them for you and publish them when the Github pages feature is enabled.

There was just one problem: Github pages did not support Jekyll 4.x at the moment of this writing but only Jekyll 3.x. This becomes a problem because my theme was natively built with Jekyll 4.

Therefore, I had to introduce a multi-version workflow:

I created separate branches for those and specified the Jekyll version explicitly within the .gemspec file of jekyll-dash:

This worked very well for my usecase and I was able to use the theme natively in Github pages.

For what reason would I want to use Jekyll outside of the native Github pages integration then? Well, due to security reasons, Github Pages does only allow a very specific set of Jekyll plugins to be enabled. This restricts customisation of the site. For example, I also needed the following features:

The solution was to build the site externally outside of Github Pages but then push the generated site onto a Github Pages enabled repository. I achieved that by using travis-ci.org which became eventually difficult to manage. As a result, I left Travis behind and moved over to Github Actions.

There were a couple of issues with this approach:

I discarded this workflow and introduced a completely new one built from scratch based on Github Actions: 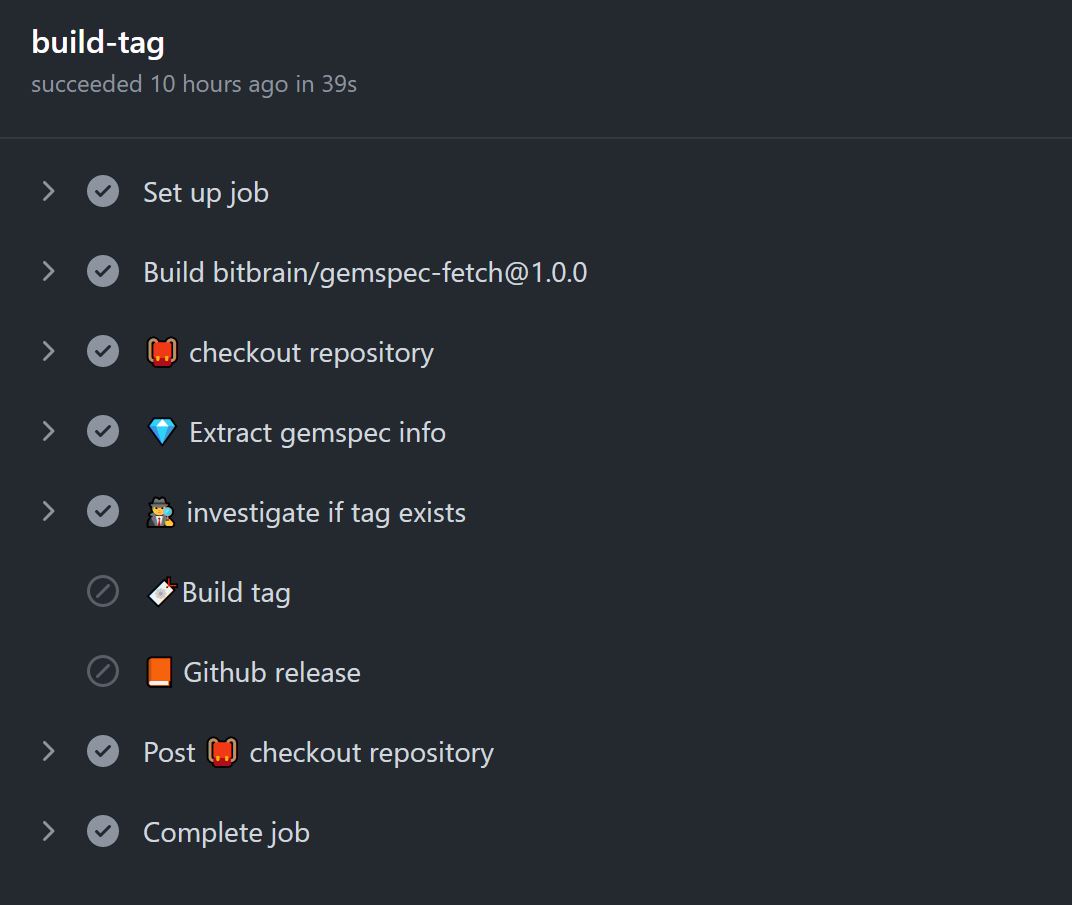 In order to check that the gem version exists as a tag, I am using the github-tag-action:

This allows me then to apply an if conditional on any other steps:

The slightly tricky part was to extract the version from the .gemspec file. For that I build my own Github Action that is using parse-gemspec-cli to extract the metadata accordingly:

This new workflow allows me to build and test every single commit and it gives me full control of when I want to release a new gem: I simply bump the version of the gem manually within the .gemspec and Github will do the rest for me!