Welcome to my new blog series where I talk in more detail about a personal project of mine called braingdx. It builds upon libgdx and extends it with game engine features to avoid writing boilerplate-code.

In this part I will present how the tiledmap integration works in braingdx compared to libgdx itself. As mentioned before, this framework uses libgdx and its APIs in order to integrate tiled maps.

Before I started writing my own framework, I would use something like this to get tiledmaps drawn onto screen:

This will render your multi-layered map onto the screen. Job is done then. Or is it? Before I even started thinking about writing a tiledmap integration, I had to know the challenges ahead of me. I realised that using a simple OrthogonalTiledMapRenderer does not do the trick at all: the problem are game objects itself.

a game object is a stateful, dynamic object within a game world which represents anything the player can interact with: characters, items, events, etc. 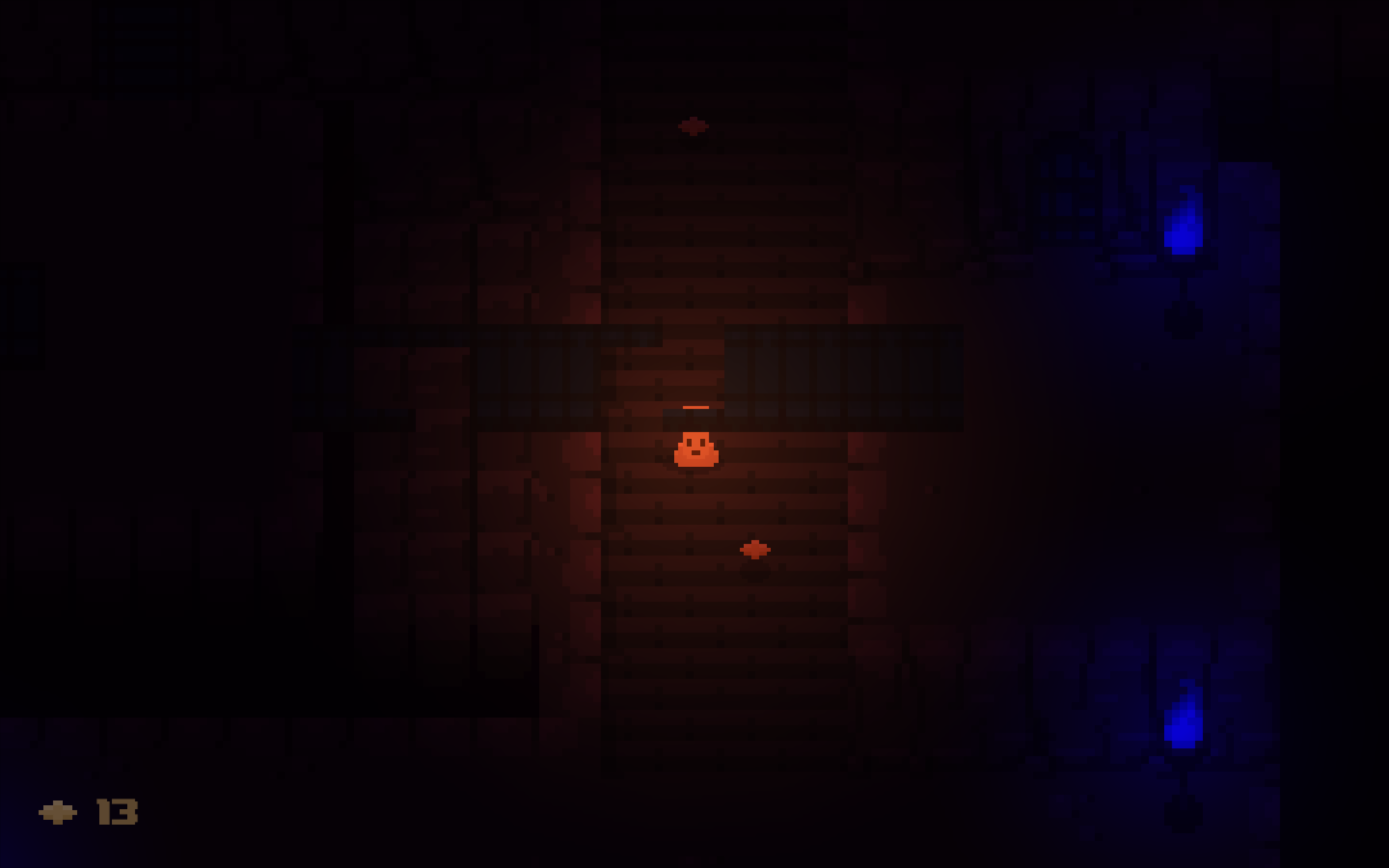 Do you note the bridge? How can I achieve that the player gets either rendered below the bridge (when walking beneath it) or is walking on the bridge? What about automatic collision detection? How can I prevent that the player is able to fall off the bridge, but can walk beneath it without problems? All these challenges can not be solved by using OrthogonalTiledMapRenderer. Instead, you have to write your own z-index ordering logic. Don’t worry though, these challenges have been solved within braingdx:

That’s all you need! In this blog series I am going to show you how I achieved that.

How braingdx renders stuff onto the screen

Before we get to the meat, let us talk a bit about how my framework actually displays stuff and why it does it that way. This is important to know so it becomes easier to integrate tiled maps directly into the framework: 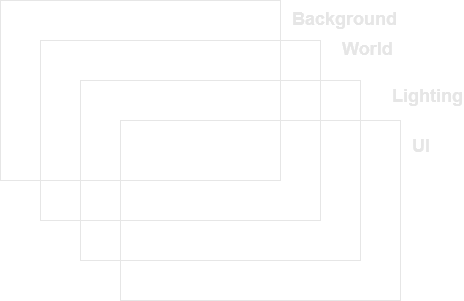 The framework renders different layers onto each other which result in the final frame:

Since this order is static, where do we render our tiled map? Rendering it as part of the background layer does not allow us to render game objects behind particular layers. So, we have to render the tiledmap somehow as part of the game world.

Initially, I never wanted to write my own framework. Reinventing the wheel should be avoided whenever possible. We can save a ton of time by just using what already exists. However, in case of tiled maps I could not find a single solution which satisfies my requirements.

When creating this framework, I did not want to force new APIs onto the user - many parts are just re-using existing libgdx APIs. In case of tiled maps, I found a very simple solution to my problem:

braingdx treats each tiledmap layer as an individual game object and renders them as part of the world layer.

Each game object has its own z-index, which defines the order in which game objects are rendered. When drawing tiledmap layers as part of the gameworld render process, it allows us to have dynamic ordering. However, this begs a question:

What should be the z-index of a particular tiledmap layer?

The formular looks as follows:

As a concrete example, let’s imagine the following setup:

braingdx will automatically compute the z-index according to the given properties.

At first, the framework calculates the so called yIndex as follows:

This results to the following computation:

So the player at its current position will have a zIndex of 7. This is all done by braingdx internally. Since game objects are rendered in the order of their zIndex attribute, it is ensured that game objects can be dynamically drawn before or after a particular tiledmap layer.

What about tiledmap layers then?

We have learned how braingdx computes zIndex of game objects and that all game objects are drawn in the order of that index value. However, what about the layers itself? You might remember, that braingdx treats an entire tiledmap layer as a single game object. This means that braingdx does the following when loading tiled maps:

Since the framework separates the rendering of game objects, we have to define an own GameObject2DRenderer for our tiledmap objects:

The render method will be called whenever our tiledmap layer object gets drawn. Since we want to ensure that each layer has its own renderer, we have to generate the game object type for the tiledmap layer and register it to the RenderManager:

A lot of time is wasted during gamejams sorting out render issues with tiledmaps. Modern game engines like Unity or Unreal Engine will do that for you - however for us Java folks there is not a simple way. Most of the time, we copy-paste together config from gamedev forums or Github, but we always had to re-invent the wheel each time. With braingdx this changes everything!

Checkout braingdx and see for yourself: it can save you a lot of time when participating in gamejams!