For many years, I remained quiet and built a lot of little games just for fun. I may have shared progress on them on Twitter but that’s it. To be completely honest, I was afraid people might not like what I am doing or that my work is not good enough for the world to see.

Finally, after years of hiding, I decided this year to become a Youtuber! Before I go into details, let me first talk a little bit about Youtube a bit, especially the game development section.

Before I became a creator, I used to only watch devlogs myself. I am probably subscribed to over 80 different creators and each of them has their unique strengths. Generally, they can be categorised as follows:

Type A: The informative Game Developer

This type focuses purely on sharing knowledge and learnings without wasting anyones time. Entertainment-first is not a priority but rather showing progress. A very good example of this is Miziziziz - he is the master of efficiency when it comes to condensing information within a single video. What also makes him great is that Miziziziz is very knowledgable in the stuff he’s doing! 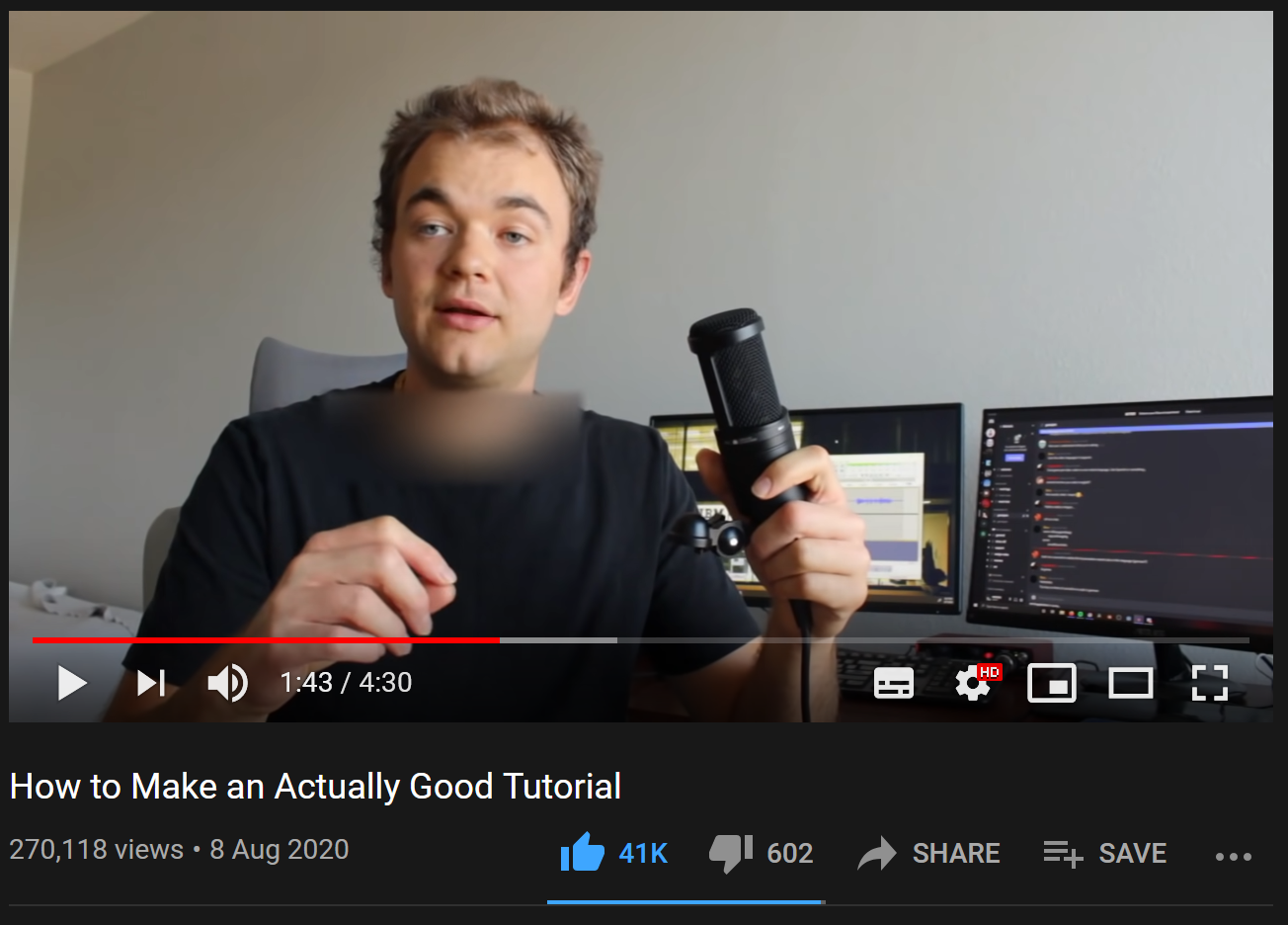 Type B: The relaxed Game Developer

Sometimes, after a hectic day, you just want to relax and not worry about consuming information as quickly as possible. Rather, you’d like to watch someone explaining thoroughly their process and how to live a healthy, productive life. One of my favourite Youtubers, devduck, is a prime-example of this. His editing style is always very relaxed but also kinda melancholic. Watching his videos really motivated me to get up early in the morning (we’re talking like 5am) to enjoy game development in its fullest. 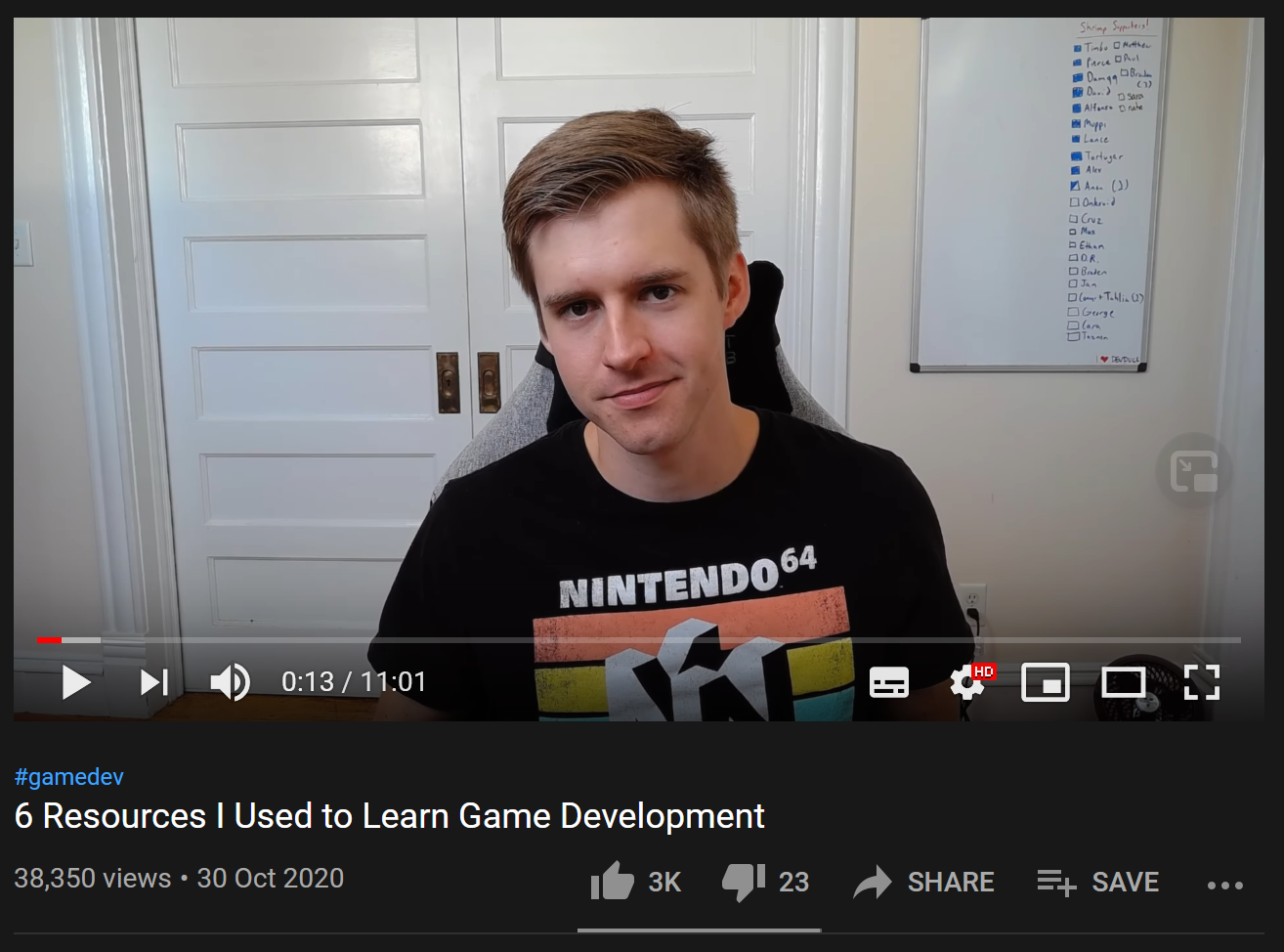 You find most devlogs dry and boring and always skip most of it? You prefer watching Twitch streamers for their personality? You like banter and swear just for fun? Then Randy is your guy! One of my favourite videos is Simulating every single pixel in my game. In that particular episode, Randy shows off various alter-ego characters, each having a particular responsibility. In addition, his Australian accent makes the videos highly enjoyable (if you like that kind of humour). 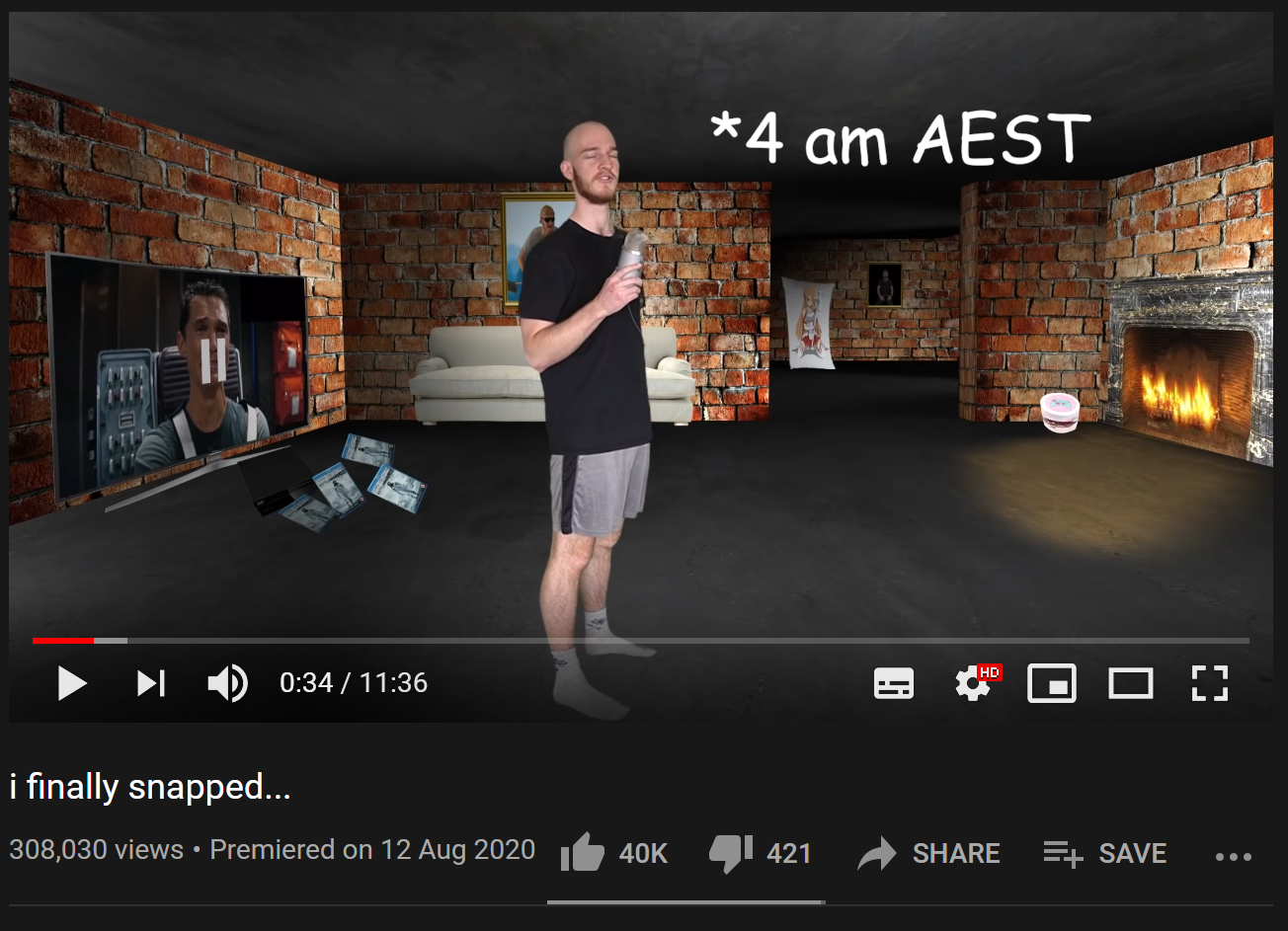 Sometimes it surprises me to see brilliant videos but the creators have less than 1000 subscribers. It amazes me how many awesome creators are out there, and almost nobody watched their videos yet. A few of these newcomers are (in my opinion) on-par with the “big ones” such as devduck or heartbeast. What makes these creators so unique is their personality, the editing style and the type of content they create. For example Obvious Dev is an aspiring game developer from Germany, working on his game called Exo Colony. Like me, he is quite German and we have a severe lack of German game developers on Youtube. Let’s unite! 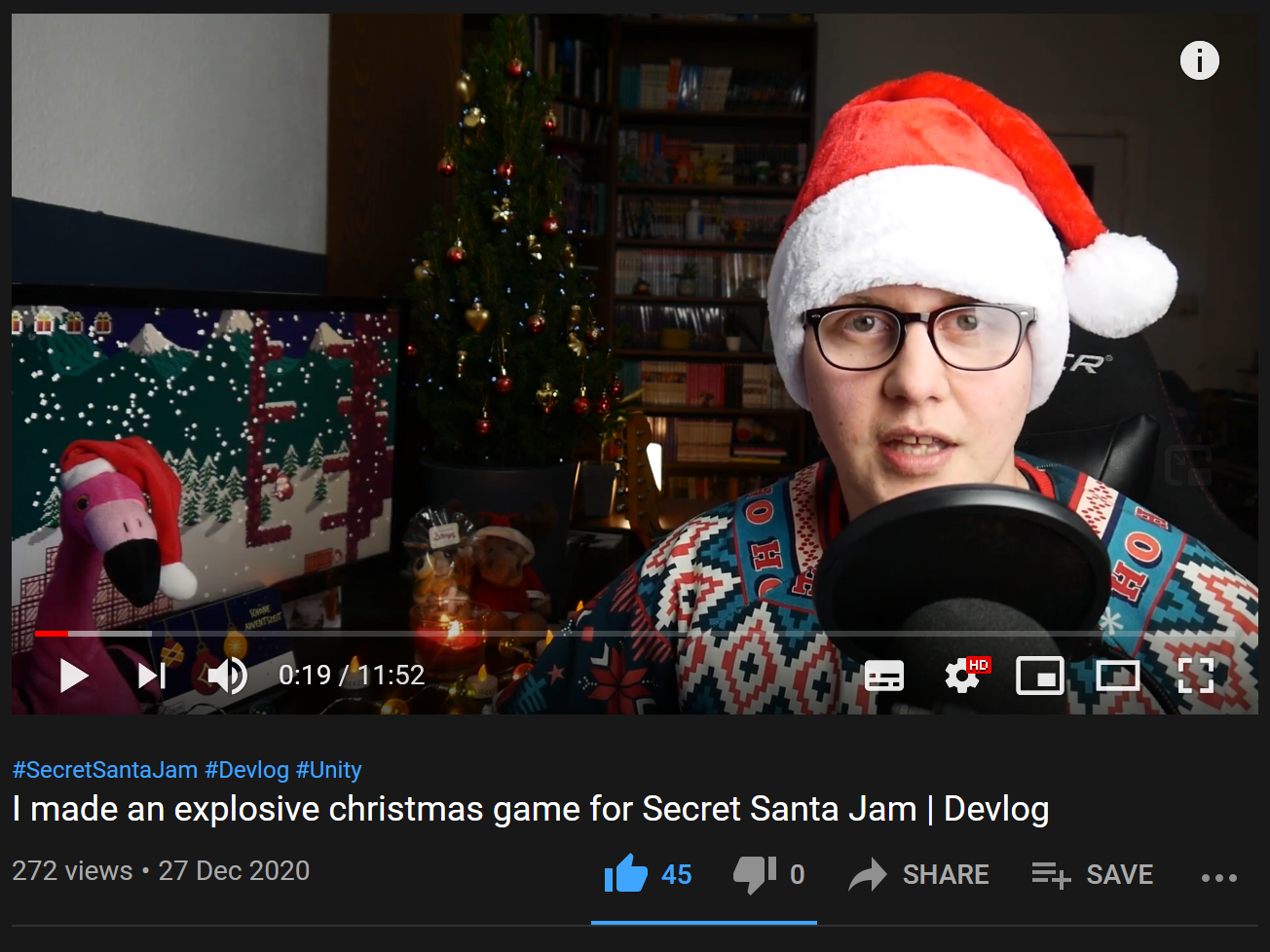 Another great Youtuber is Element Mill. I discovered him by accident and his production value is comparable to a creator with a few million subscribers. Insanity!

After I got inspired by all those awesome creators, I decided for myself to join the bunch and become a Youtuber myself. I wanted to produce devlogs, document my workflows and show my struggles and achievements. I bought myself a CANON M50 and a Blue Yeti Microphone and started filming my first video.

Suddenly I realised: what kind of style do I actually aim for? I really don’t find myself funny, so probably trying to push for Funny/Entertainer content might be not ideal. Then I thought: Why even trying to fit into a box? Just do whatever! which is initially very difficult. So, I went ahead and created my first two videos:

I have received dozens of comments and a lot of feedback. While creating these videos, I tried not to copy any of the previouslu mentioned Youtubers but simply did what I found interesting/fun to do. In handsight, I accidentally tried to copy some things from other Youtubers by filling my videos with so called B-Roll (the content between the content). In my last video, I might have even overdone this and lost focus on what I actually wanna do: show insights into my gamedev process. 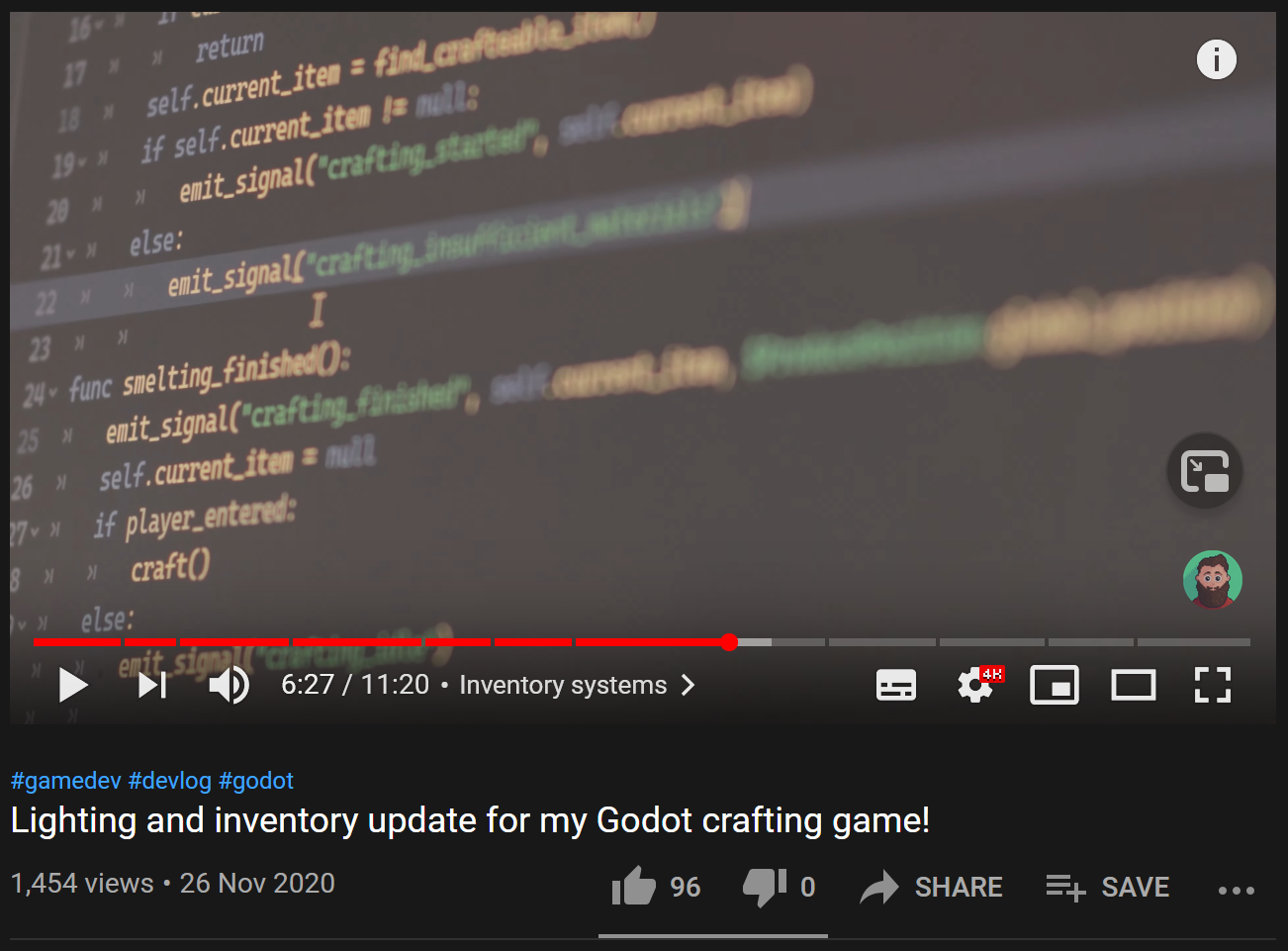 Before I created my first video, I thought it would be rather easy to produce content. When editing for many hours just to create a few minutes of content, I had to learn that it is very exhausting and challenging to do this kind of work. Another learning was that it can be rather tempting to produce content for the clicks rather than just focusing on the content itself. Regardless, I would have never expected to get that many followers in just a few months. Over 300 people have subscribed to my channel already and over 4000 views have accumulated! Thank you for everyone joining my gamedev journey.

In 2021, I have big plans for my Youtube channel. Obviously, I will continue my devlog series on cave but also I have plans to do different types of content such as interviews, collaborations and tutorials!